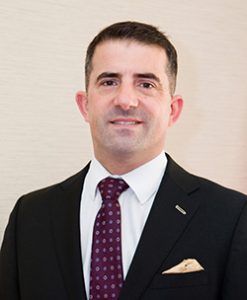 Bournemouth Coastal BID is backing the ‘Shopkeepers Campaign’ which wants to see a cut to business rates to help retailers.

The taxes have contributed to the closure of many well-known high street names as well as small, independent shops.

The campaign was launched by the non-profit professional body for retail, Revo, and follows a general campaign to have the rates’ policy reformed.

On March 3 the government’s ‘fundamental review of business rates’ will finish and the campaign is encouraging people to lobby their MPs.

It has created a web page through which any MP can be contacted in a matter of seconds.

Revo says that without lower costs for on-street shops, the businesses will be lost and that will create unemployment as well as harm to community vibrancy.

Paul Clarke, chairman of Bournemouth Coastal BID that represents levy-payers from Tuckton to Westbourne, says a policy shift is required.

He said: “Business rates cause huge harm to retailers, especially when more people than ever are shopping online.

“People love their local shops, but without reform of business rates many will simply disappear.

“Everybody knows that our high streets, shopping centres and retail precincts are struggling, but they are greatly loved. The pandemic has affected them severely.

“We are getting right behind the Shopkeepers Campaign and are urging everyone to use the web page to contact their MP.

“The more pressure we can bring to bear on the government, the more chance we have of saving the shops we love.

“With online retailers able to trade without these added costs it gives them a formidable advantage.

“And while many retailers trade online as well as on-street, a reduction in rates will enable them to survive and ultimately invest and create employment and wealth.”

In its message to MPs the campaign states: “Since their introduction, business rates have increased by almost 50 per cent and are one of the largest costs paid by shopkeepers.

“They have contributed to the closure of many of our favourite shops, leading to job losses and the loss of community ties.

“We have seen many of our local stores shut for good during the Covid-19 pandemic and many others are holding on by a thread.

“Fundamental reforms are needed to reduce business rates to ensure that local shops survive in the months and years to come.”