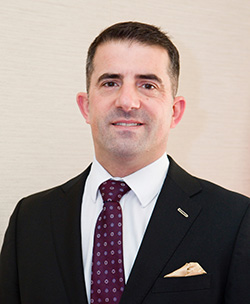 Bournemouth Coastal BID has thrown its weight behind a national campaign that is urging the government to give extra help to the retail, hospitality and leisure sectors.

The #RaiseTheBar initiative is calling for ministers to expand the rateable value threshold in these areas from £51,000 to £150,000.

This would allow businesses to access the Retail, Hospitality and Leisure Grant (RGLG) of £25,000 – and potentially save them from collapse.

Industry-wide bodies representing more than 100,000 businesses across the UK are backing the campaign.

The retail, hospitality and leisure sector is vital to the UK economy, especially so in the Coastal BID’s seven ‘villages’ – from Tuckton to Westbourne – that rely heavily on tourism.

The retail industry alone generated £394 billion worth of sales in 2019, the UK leisure sector reached over £111 billion in sales and the hospitality industry employs more than 3.2 million people.

Hospitality accounts for 11 per cent of UK jobs, making it the third largest sector in the UK, accounting for £130 billion in revenue, six per cent of all businesses and five per cent of GDP.

Paul Clarke, chairman of Bournemouth Coastal BID and hotelier, said: “This is a campaign that we are getting four-square behind.

“Many businesses in these sectors will not benefit from current government schemes yet face the same pressures as those with a rateable value below £51,000.

“By increasing the support to larger businesses it will have the effect of saving them from ruin, as well as saving many jobs.

“These are important sectors, especially in our area in which tourism plays such a big part.”

Matthew Sims, Chief Executive of Croydon BID which has launched the campaign, said: “We acknowledge that by increasing the RHLG threshold up to and including £150,000 will increase the burden on central and local government.

“This is a price we believe is worth paying to ensure businesses are given the opportunity to become part of the greater push to mobilise our economy, rather than leaving premises empty, growing unemployment with or without the job retention scheme and sectors contracting across the board.”

To support the campaign individually whether you work in the sectors or not, you can visit www.raisethebarcampaign.co.uk and sign up to make a positive change.