The story behind Boscombes Owl

Boscombe’s new 50ft high street art owl has been turning heads – but they haven’t revolved as much as the real owl Elton’s.

Jason Putman brought his young Indian Eagle Owl to the precinct to desensitise him to the public after lockdown unaware of the massive mural nearby.

Carol Maund, director of Bournemouth Emerging Arts Fringe (BEAF), who commissioned the artwork, spotted the pair and couldn’t believe the likeness of the two owls.

So, along with Sonia Shaw from Bournemouth Coastal BID, invited them to get a closer look when the work was completed and Elton was introduced to his larger-than-life likeness.

Jason, of Owl Hawk Experience, said: “I was just sitting in the precinct with Elton when Carol and Sonia came running over.

“They couldn’t believe how much Elton looked like the mural that was being sprayed onto the wall.

“And when we returned after it was completed it was uncanny and I’m sure Elton appreciated it.”

He said: “I found various photos to work from, but I never thought I’d come face-to-face with a real version of the owl I was painting.”

Sonia said: “The Coastal BID has funded the artwork and BEAF organised the artist and managed the project.

“It is magnificent but to spot a real owl nearby that looked just like it was an amazing coincidence.

“The mural is already extremely popular and many, many people have been taking photos of it.

“We funded it following the successful bid to the Towns’ Fund, which has provided money that is being used across our areas to improve them.”

Carol Maund from BEAF said: “This was a great collaboration between us and the Coastal BID.

“It is the latest mural in Boscombe alongside the elephants and the dachshund, and there are more on their way.” 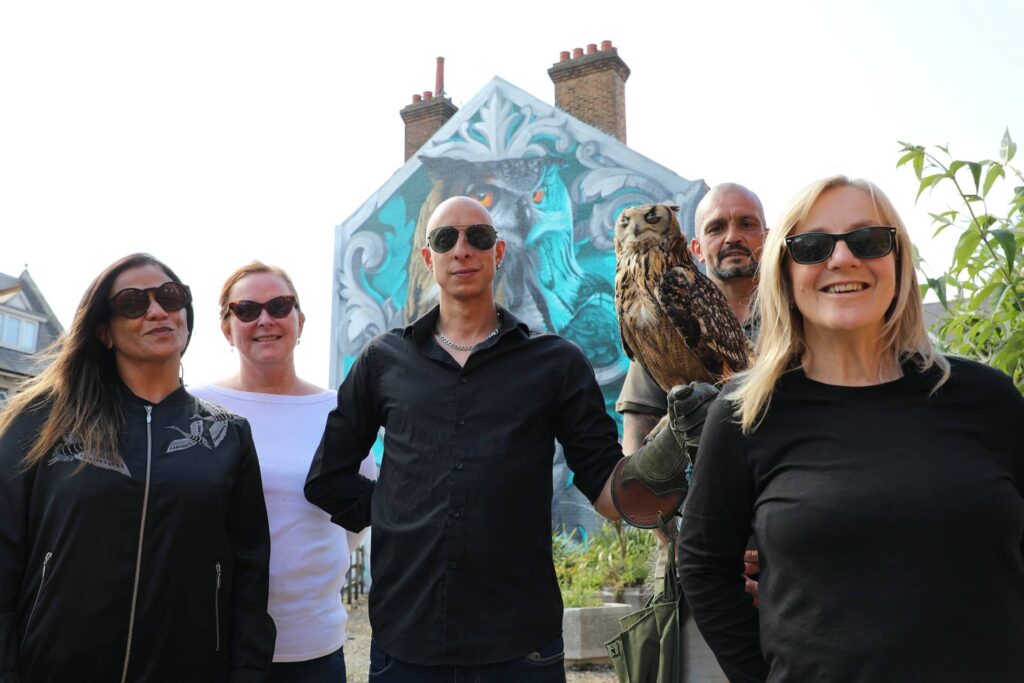